During this ceremony on September 28, host Grover Silcox was also inducted into the prestigious Silver Circle Society.

“I am extremely proud of our team at PBS39 for the work that they do everyday to create informative and entertaining content,” Tim Fallon, Chief Executive Officer of PBS39 said. “It is an honor to be recognized by our peers and receive this esteemed award during the first year of a new show. I am excited to see what the future holds for our organization.”

The evening of recognition continued for Silcox as the Mid-Atlantic Chapter of the National Academy of Television Arts & Sciences inducted him, and seven other television professionals, into the Silver Circle Society. This honor society recognizes significant contributions by individuals in the broadcast industry for 25 years or more.

“We are so fortunate to have Grover’s talent and experience on our team,” Yoni Greenbaum, Chief Content Officer at PBS39 said. “He has been sharing his gifts with viewers in our region for more than two decades. This recognition of his contributions to our industry is well-deserved.”

The final installment of PBS39’s five-part Close to Home series was honored with an award in the category of community affairs program/special. Close to Home: Human Trafficking was made in conjunction with PBS39’s production partner eMediaWorks.

About PBS39
PBS39 acts as the catalyst to promote civic engagement, and to fulfill the regional needs of the Greater Lehigh Valley through its dynamic communication platforms and resources. PBS39 Reporter Corps® journalists are embedded in the ten counties that make up the Greater Lehigh Valley. The Reporter Corps® creates community-focused content for PBS39 News Tonight and for the PBS39 digital platform. PBS39 and the United Way of the Greater Lehigh Valley are partnering to fund and fulfill the regional literacy initiative Lehigh Valley Reads. This campaign is working to ensure all Lehigh Valley students read on grade level by the end of third grade by 2025. Battling Opioids: A Project of Pennsylvania Public Media is a collaborative, multi-media, effort undertaken by all seven PA Public Media stations. This initiative uses public media's combined resources of TV, radio, online, social, digital, and community outreach events for one common good - to save lives. PBS39, part of Greater Lehigh Valley Public Media, is a community-owned public media station serving eastern Pennsylvania and New Jersey. PBS39 is licensed in Allentown to the Lehigh Valley Public Telecommunications Corporation. For more information, visit PBS39.org. 2 / 6
Share This Gallery
PBS39's Daniel Ray and Megan Frank hold up a shirt in honor of the subject of their Emmy-nominated report. 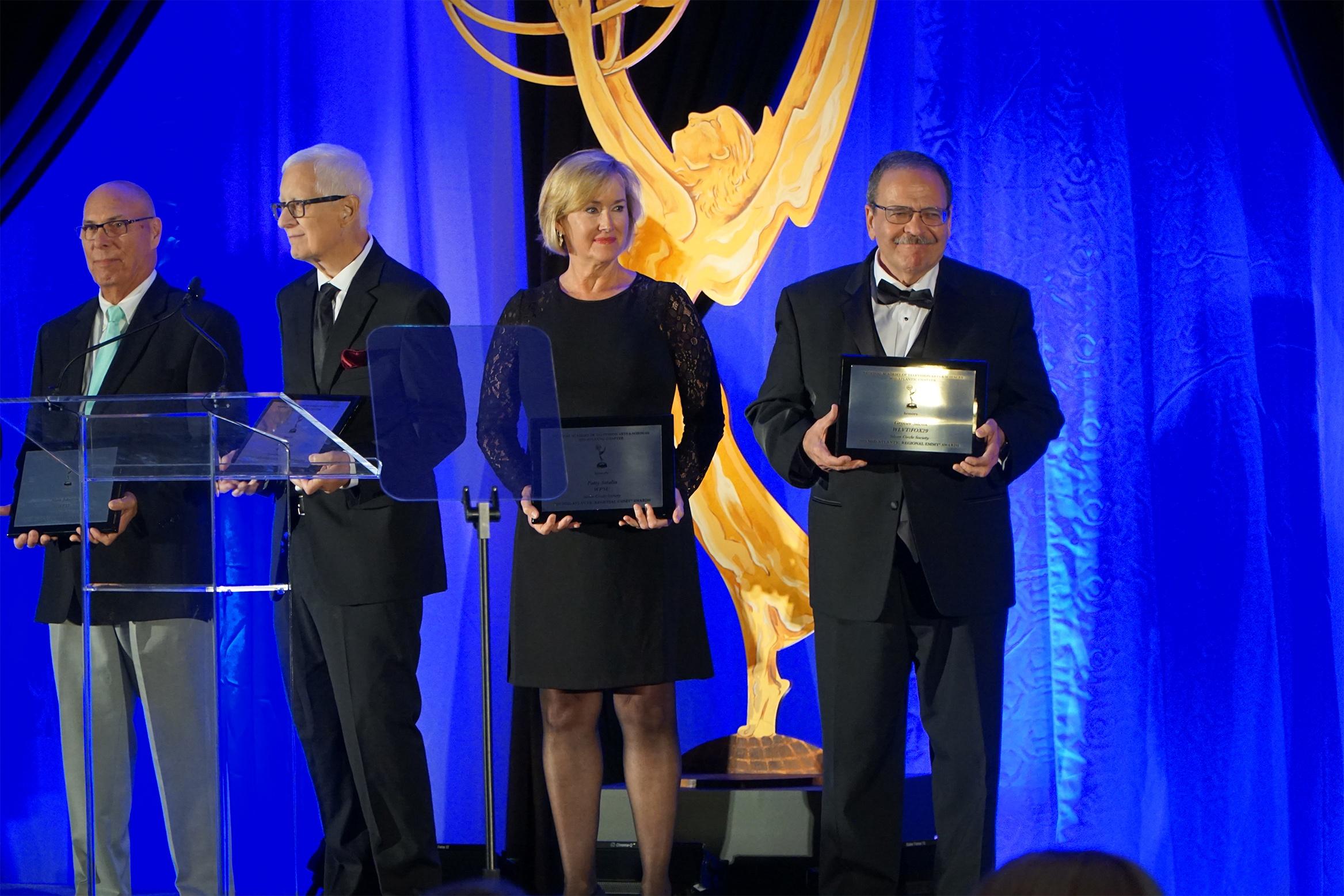 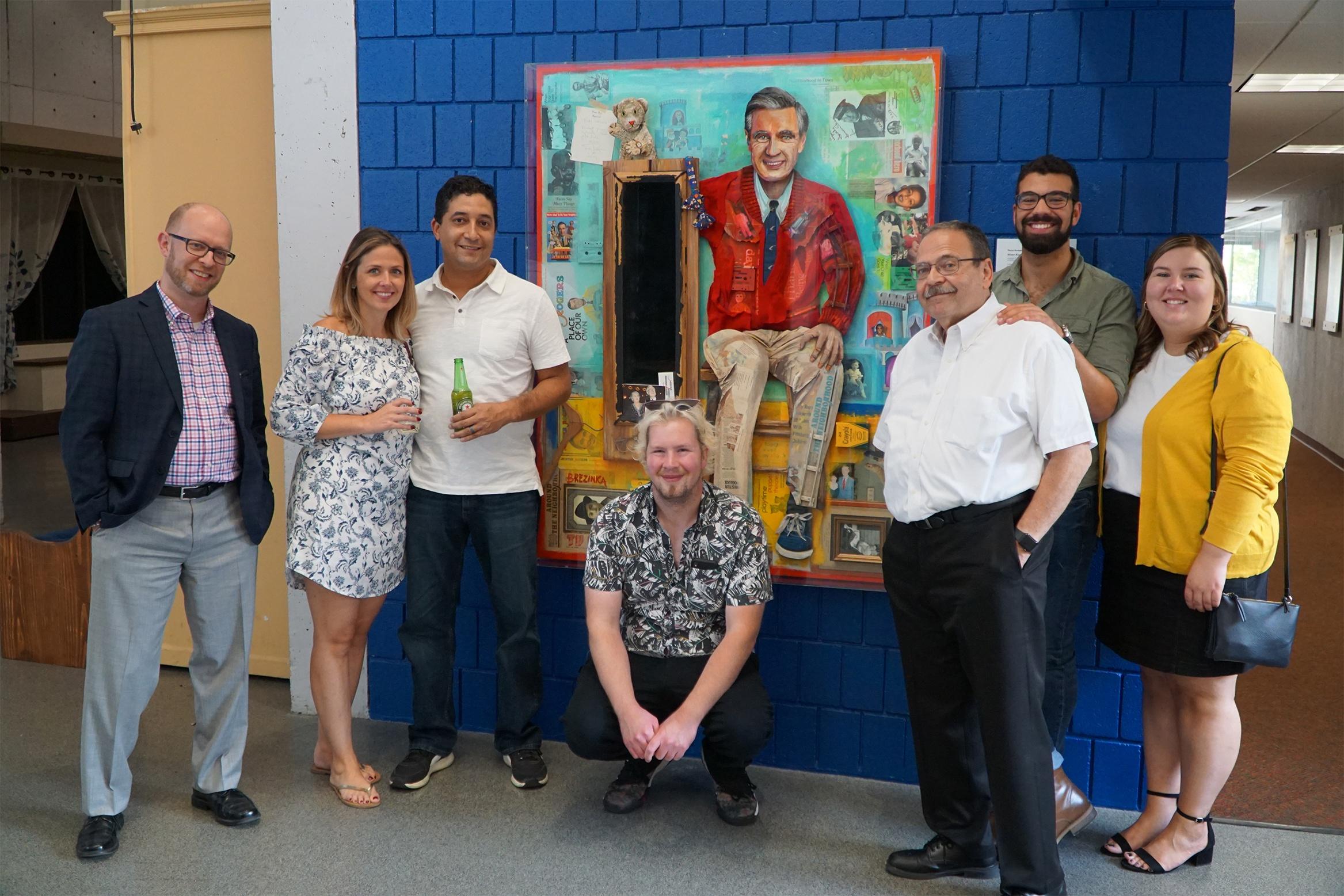