The Music Man of Bethlehem 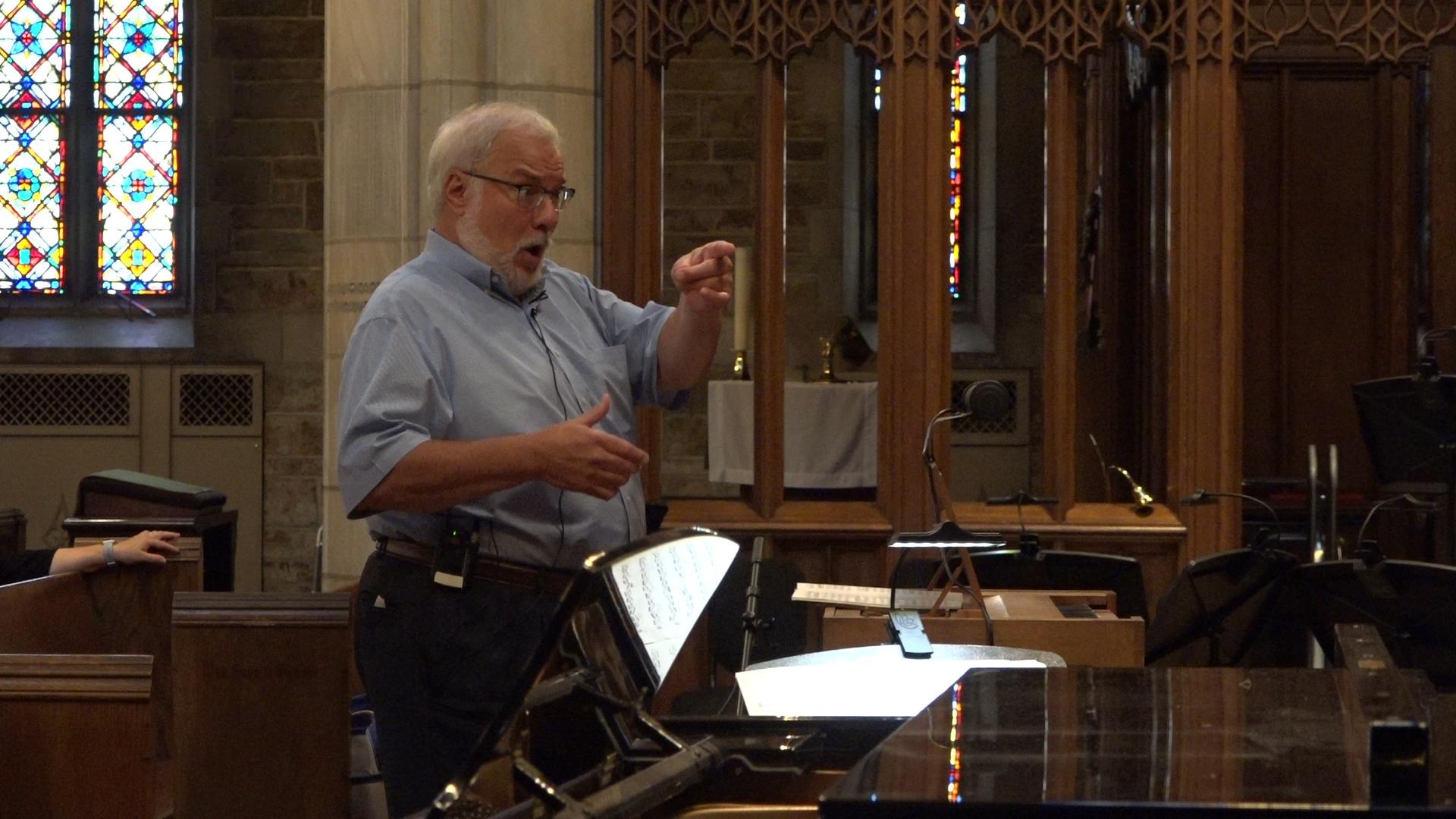 Northampton
BETHLEHEM, Pa. (WLVT) - Greg Funfgeld was seven years old when he started playing the piano. The love of music has carried him ever since -- and you can hear it every month.

He’s the artistic director and conductor of The Bach Choir of Bethlehem. About 90 voices bring the music of Johann Sebastian Bach and others to life -- but in two years, the choir will have a new leader.

"There's a real deep sense of joy and privilege, but there's also a little sadness," he said, sitting by a Steinway & Sons piano.

He joined the choir in 1983. At the time, they only sang at a Moravian Christmas vigil and the annual Bach Festival.

"It was like you had a thoroughbred horse, and it just had to run next to a carriage very slow the whole time and never got to really get out and gallop," Funfgeld said. "I felt like the choir needed more opportunities for performance."

That led to full concert seasons and an expanded festival. In 2005, the choir started a free monthly concert called "Bach at Noon."

Tuesday wrapped up this season’s summer series in Allentown. The concerts fill the church every time, and that’s no surprise to those who work with Funfgeld.

"He really knows how to bring the best out of every singer and how to bring those singers together into sort of a cohesive whole," said choir member Mark Helms.

"The way he brings the audience in to understand this music by talking about it allows people to connect to it and to have a pride in that music themselves," said soprano soloist Fiona Gillespie, who met Funfgeld as a Bach Choir choral scholar.

"His excitement is genuine, and his love of what he does -- people resonate with very, very easily," said Nobuo Kitagawa, an oboist with the Bach Festival Orchestra, which accompanies the choir occasionally.

Expanding outreach has been another goal for Funfgeld. The choir have visited students for years with the "Bach to School" program.

"They're really, I think, engaged by hearing," he said. "For many of them, they're hearing a choir and an orchestra for the first time."

The Bach Choir performs pieces that go back a couple centuries, but Funfgeld says the music is still relevant today.

"It's a tough world we live in, you know? All of this gun violence and the drug problems and the tension in our society -- the fractious nature of public discourse anymore -- and Bach’s music calls us to something that’s better than that," he said.

He's channeled that call by collaborating with community groups, moving The Bach Choir to the next level.

"He has transformed it into a year-round engagement with the community in more than 40 performances for more than 22,000 people," said executive director Bridget George, who is retiring six months before Funfgeld. "He's done that because he is such a great, brilliant teacher and communicator, as well as a consummate musician."

Funfgeld says his announcement to retire gives the choir enough time to find a new leader. He said the future is bright -- and the time is right -- for the choir to move in a new direction.

"If I visualize it, I see beams of light," he said. "Bright flashes where new ideas, new technology, new ways of reaching out to people and ever-expanding collaborations."

"It's become this huge family of local and world renowned artists, the choir itself, of course, the choir right here in Bethlehem, who have flourished and grown so much, musically under his direction," George said.

"He's just built something so strong and so connectable for people, and his personality, I think, is an integral part of what allows people to be part of that," Gillespie said.

"I have so much love for this organization and for the people here that I just wish them nothing but the best, and I will be cheering everybody on with tremendous joy," Funfgeld said.

He said retirement will give him more time with his family, but he’ll always find a way to support The Bach Choir.