150 to ~ 300 purses grouped by material, aesthetic elements, and use on display

Getting Up Close & PURSEonal: This Emmaus Woman's Purse Collection is World's Largest 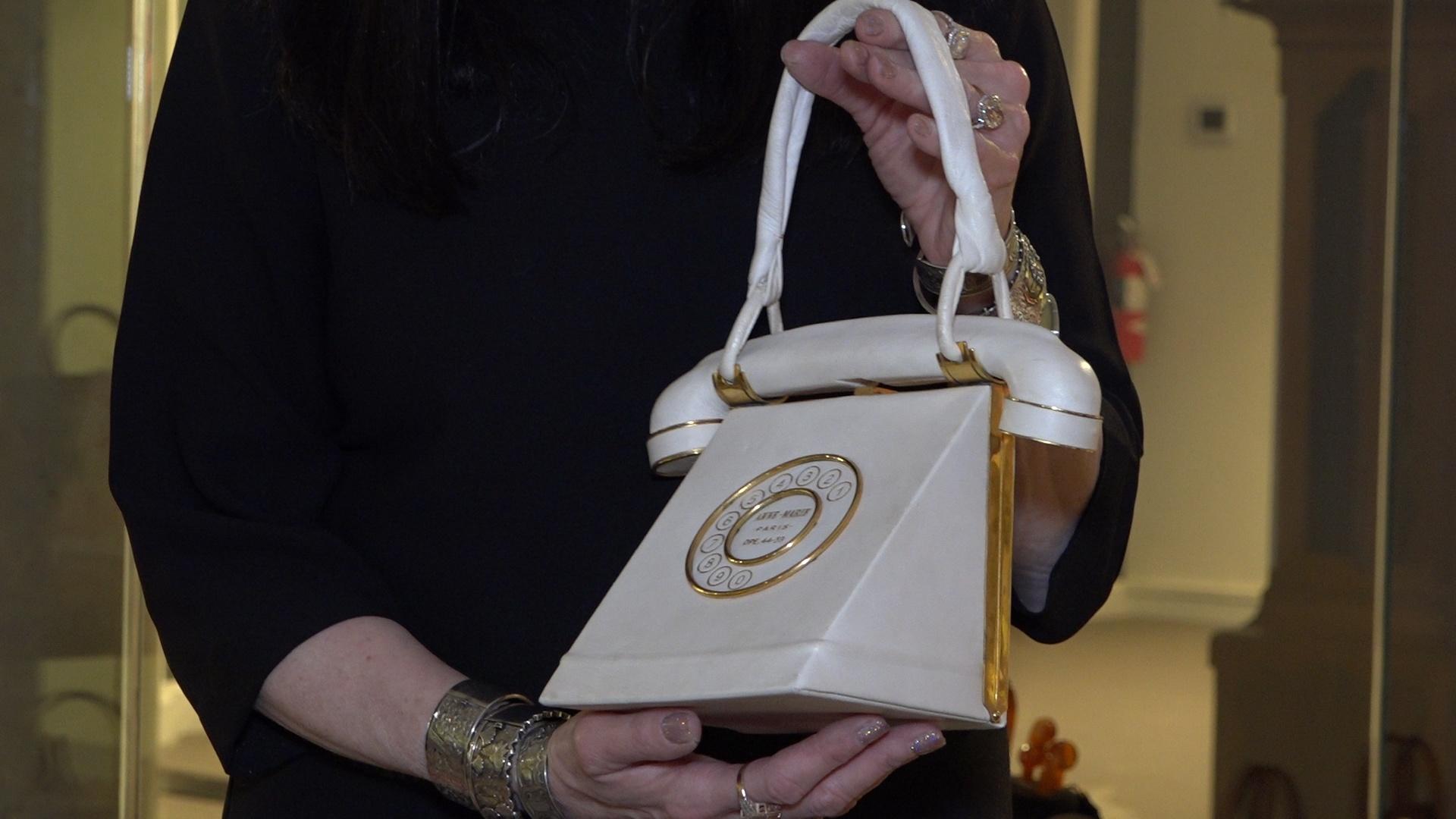 "People think about Imelda Marcos as the Queen of shoes and if you were to read the articles after she moved away they counted the number of shoes that were left in the palace and they found fifteen-hundred pairs. Which is an extraordinarily high number," explains Ilene Hochberg Wood, "By contrast, I have over three thousand handbags. So, in manner of speaking, I’ve already out Imelda-ed, Imelda."

The Emmaus woman owns about three thousand purses. And now she’s sharing her crossbodies, clutches, satchels and shoppers with the public.

"Once I began to appreciate the fact that handbags were very important artifacts that tell stories that would otherwise be lost, I felt the need to rescue handbags from the landfill," she explains, "therefore, I picked up any iconic bags that to me, spoke of the time in which they were created. I think that what I have created here is the American Handbag Museum and it’s just part of a process to get to that goal."

They’re not on sale, but they are on display inside the Kemerer Museum of Decorative Arts in Bethlehem, Pennsylvania. And the ‘PURSEonality: A Stylish Handbag History’ exhibit, is so massive, it couldn’t be contained to a single museum.

"The PURSEonality exhibit covers three sites; The Kemerer Museum of Decorative Arts, The Moravian Museum of Bethlehem and America on Wheels in Allentown," Director of Collections & Programming for Historic Bethlehem Museums & Sites, Lindsey Jancay, "Here at the Kemerer Museum we have over 550 bags on display and that ranges from the earliest bag, 1830s up to bags that are being acquired by Ilene today. Collectively, you have quite a large number of bags but it’s still only a small portion of Ilene’s collection which numbers over three thousand."

The New Street portion of her collection includes Wood’s oldest, a Victorian-era carpetbag...

"This is a bag from the early 1800s and it’s done with needlepoint," Wood tells PBS39 News Tonight Reporter, K.C. Lopez, "Because it’s so old it is in fragile shape but considering its age, it’s in excellent shape. It’s in wonderful shape as compared to some of its compatriots."

To her most rare; 1940s Anne Marie of France’s sculptural designs; "The Metropolitan Museum of New York only has this bag, one of the telephones in black and other museums might just have the ice bucket or the telephone," Wood explains, "I have the largest collection of Anne-Marie bags in the world; and you’re going to see 25 of them."

You’ll see Anne-Marie’s telephone in New York City, but here in Bethlehem, Wood has the telephone in black and white, champagne and ice buckets, cocktail bars, mandoline, hand of cards and more.

"There are so few of them, they are almost impossible to locate," she says.

And on to the most expensive purse in her collection; an Hermes, ‘Kelly’ saddlebag worth more than what most throw inside...

"The value of these handbags appreciated at a greater rate than the DOW Jones and the Stock Market," says Wood, "This bag in today’s market is worth over $110,000. This bag, at the time my first husband purchased it for me, back in the early 80s, I believe he paid a couple of thousand dollars for it and at the time I thought that was an incredible sum of money."

Historic Bethlehem Museums and Sites staff say the exhibit is the perfect outing for an upcoming holiday; Valentine’s Day. When so many are searching for the perfect gift for the special woman in their life, why not give her hundreds of purses to enjoy, if not just for a few hours...

"We decided to update the handbags that are in the display so people who have come to the exhibit should definitely come back and see the additional 130 handbags that are now added," Jancay tells Lopez, "Among those we have things like the ‘Most Colorful,’ or ‘Cutest Couple,’ which is pretty appropriate for the Valentine’s Day Weekend."

Wood’s pile of pocketbooks is the world’s largest private collection of handbags. So it’s safe to say, she’s the ideal gal pal to spend your Galentine’s Day with alongside your girlfriends while you all learn a thing or two about women’s history through the purses they’ve carried throughout the years...

"Shoes have to fit and they have to be comfortable and not every shoe is appropriate for every woman. By contrast, every woman, regardless of her size, regardless of her looks, regardless of any individual factor pertinent to her, can carry any handbag," Wood says, "Handbags are more than just an accessory item. They tell us a lot about the times in which they were created and the people who chose to wear them. If we think back to the 1920s and flappers, and these were women that were just beginning to feel emancipated and they had a lot of freedom to run around and they were traveling to events and running around to parties--these women carried tiny little mesh bags and that was because they felt that all they needed to get by was some cash and maybe a lipstick and compact. So bags tell us a lot about the times in which people created and wore them."

Adding to the allure of the show, Ilene Hochberg Wood is now offering collector lead tours and now the exhibit has been extended through the end of June. Tickets to see PURSEonality at all three locations can be purchased for $20 in person or at HistoricBethlehem.org

Got a news tip? Email K.C. at KCLopez@WLVT.org