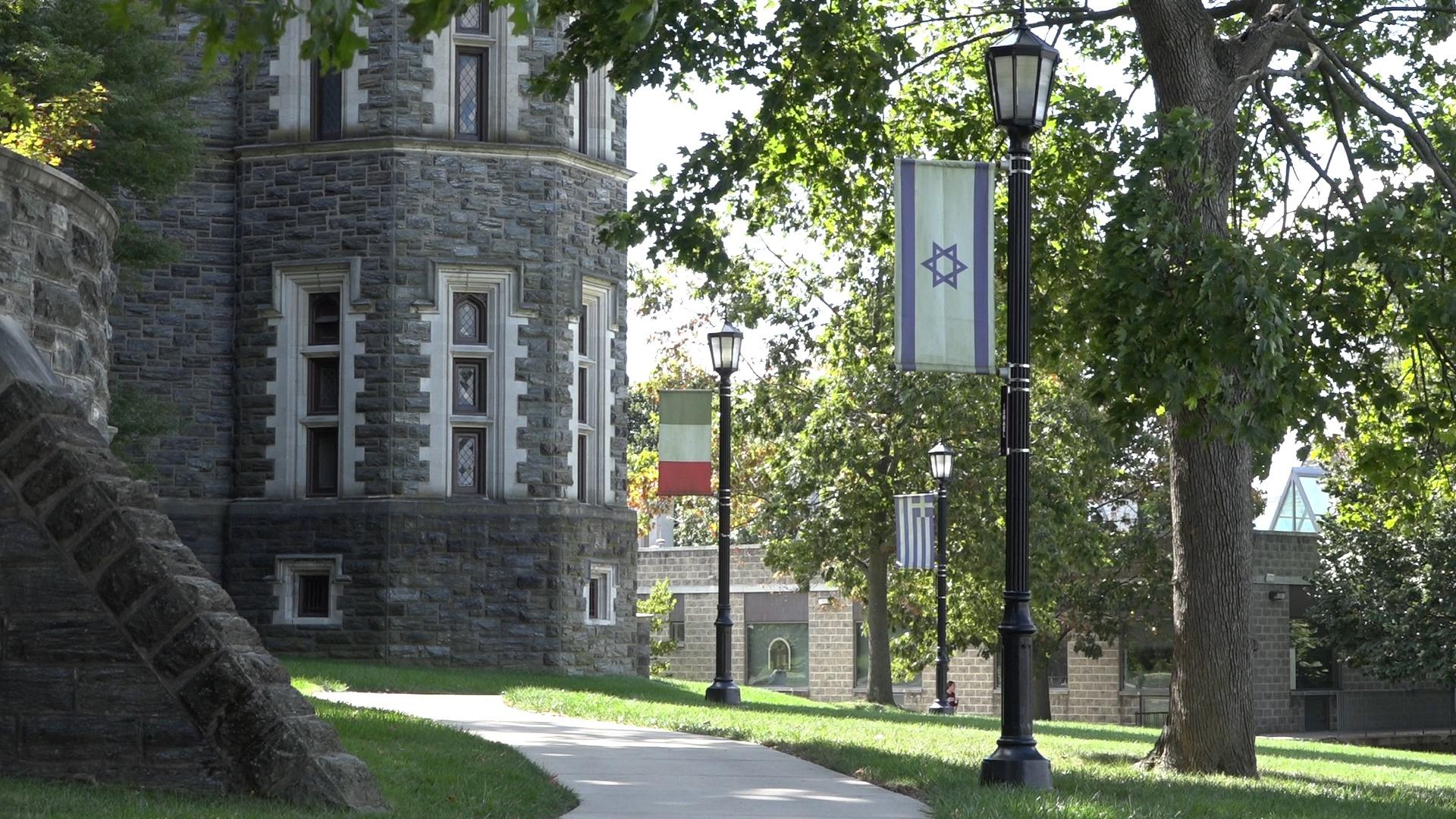 Montgomery
GLENSIDE, Pa. (WLVT) - It has less than 4,000 students, but Arcadia University is making a big name for itself.

Last week, U.S. News & World Report ranked Arcadia as the second-best school in the country for studying abroad, behind only Elon University in North Carolina.

"We're a small institution, and we like to have a lot of interaction with our students," said Scott Terry, Arcadia's Office of Study Away director, "and that personal promise carries around the world."

"It almost feels like it's a requirement here," said May 2019 graduate Ashley Selig, who traveled to Vietnam and Ireland while studying. "So many people go abroad, and you come into classes, and everyone will be like, 'Oh, I went here. Where did you go? Where did you go?' So, it's really neat."

About 80 percent of the undergraduate Class of 2019 studied abroad, and right now, there are nearly 1,000 students in Arcadia programs around the world this semester.

This week, first-year and transfer students learned about 14 international courses as part of Arcadia’s Preview program.

"It's the first opportunity to dip your toe in the water, and our faculty and our staff and our students are all engaged in delivering what has now become a very popular and very important program for the university," said university vice president Lorna Stern.

One of the Preview courses takes students to the Middle Eastern country of Oman. Student-athlete Sam Wragg took that course. He said it was the first time he’d ever been on a plane.

Wragg said it was a chance to challenge stereotypes and embrace a new culture.

"It was very different. It was so amazing, and it's to show that you can't really judge a country unless you go, and it was very eye-opening," he said.

For others, studying abroad offered a chance to explore their passions. Selig, who earned a B.F.A. in photography, took a Preview class in Vietnam and then spent a summer in Ireland.

"I went on one, and I was like, 'Oh, I have to go again,'" she said. "I've always wanted to do a longer-term study abroad, so summer was the perfect time to do that."

Nisha Prajapati will graduate with a biology degree, but she worked on art while studying in Ireland for a month through Arcadia’s Global Field Study (GFS) program.

For several students, the travel bug bites more than once. Heidi Specht has spent three semesters overseas: in England, Chile and Spain. She said she's already planning another trip.

"Next year, I'm applying for the Fulbright English teaching scholarship in Brazil, and then after that, probably go back to grad school and focus on urban education policy," she said. "Studying abroad has just kind of opened my eyes and given me experience in different situations, different cultures, which is really important."

The university has offered study abroad opportunities for more than 70 years. Stern said the popularity is fueled by students' curiosity.

"It may be about learning a language. It may be about overcoming fear of travel, fear of being isolated, not being able to make friends," she said, "and, as you discover that you can overcome all of those perceived obstacles, it builds your confidence, and it changes you."

Students said the cost to study abroad wasn't a major concern, because the university works on making it affordable.

"Whether that's subsidizing first-year programming or matching the tuition a student would pay here in Glenside abroad, we're willing to not just sort of say this is part of our mission, but put the money behind it," Terry said.

"They have all these events tailored for you to make you feel like you're integrated into the culture rather than just a tourist for five months," Specht said.

"It's just an experience like no other," Selig added."It's a chance to learn and be somewhere completely different, and it's something you're never going to forget, it really enhances your college experience."