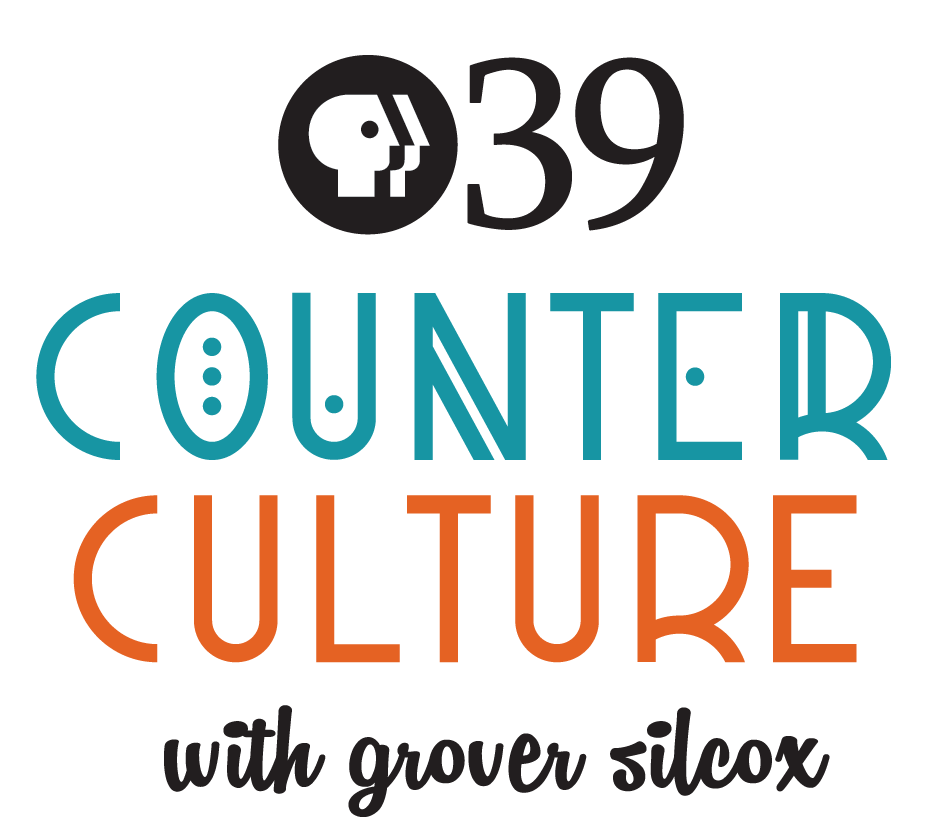 This program, hosted by PBS39’s Grover Silcox, will invite local and national personalities to share their stories in a cozy and comfy atmosphere.
Bethlehem, PA - January 28, 2019 - PBS39 is proud to announce the launch of Counter Culture on Tuesday, February 5. This new program, hosted by PBS39’s Grover Silcox, is set at the counter in the cozy comfort of Daddypops Diner on Main Street in Hatboro, Pennsylvania. Each week, Silcox will welcome artists, authors, comics, singers, historians and others to talk about their passions.

“We are excited to take our crew on the road and produce Counter Culture on location in the community,” Tim Fallon, Chief Executive Officer of PBS39 said. “Meaningful conversations are taking place at local diners and establishments every day. It’s time to capture those authentic moments on camera.”

Producer, writer and on-air personality Grover Silcox has created documentaries and features for many programs at PBS39. Prior to coming to PBS39, Silcox served as a feature reporter on FOX29’s Good Day Philadelphia and as an on-air morning radio personality on 103.9 WMGK and 93.3 WMMR in Philadelphia. For more than 20 years, he produced comedy shows for television networks, including: HBO, NBC, CBS, the Nashville Network and Comcast. Silcox also performed stand-up comedy at theaters and comedy clubs nationwide and was a popular humorist and speaker on the corporate circuit. The three-time Emmy Award winner is a graduate of Temple University and currently lives in Montgomery County.

“You never know who you’ll meet at the counter on Counter Culture,” Grover Silcox PBS39 said. “There are so many stories to tell. I want to invite viewers to pull up a seat and join us for the conversation.”

Actress Patsy Meck will be among Silcox’s first guests on the show. Meck is known for her roles in American Hustle and Silver Linings Playbook, two blockbuster David O’ Russell films starring Bradley Cooper. Meck currently lives in Hatboro, Pennsylvania and teaches acting. Author Randy Garbin will also join Silcox at the counter. The author of The Diners of New England and president of Coffee Cup Media, currently lives in Jenkintown, Pennsylvania. Comic impressionist Joe Conklin will also appear at the counter with Silcox. The Philly favorite on 94.1 WIP Sports Radio, also hosts his own live comedy show at Parx Casino® in Bensalem, Pennsylvania.

“Diners are central to communities across the Lehigh Valley,” Yoni Greenbaum, Chief Content Officer of PBS39 said. “It makes sense for us to bring our viewers a show in a setting where they are comfortable.”

Counter Culture will premiere at 7 p.m. following PBS39 News Tonight, on Tuesday, February 5. Check your local listings to find PBS39/WLVT on your cable or satellite provider. Visit PBS39.org to learn more about PBS39’s initiatives, programming and events.
###
About PBS39
PBS39 is a community-owned public media station licensed to Allentown, Bethlehem, and Easton, PA, serving eastern Pennsylvania and New Jersey. PBS39 is owned and operated by the Lehigh Valley Public Telecommunications Corporation. PBS39 acts as the catalyst to promote civic engagement, and to fulfill the regional needs of the Greater Lehigh Valley through its dynamic communication platforms and resources. PBS39 Reporter Corps TM journalists are embedded in the ten counties that make up the Greater Lehigh Valley, including Lehigh, Northampton, Bucks, Montgomery, Berks, Schuylkill, Carbon and Monroe in Pennsylvania, plus Warren and Hunterdon counties in New Jersey. The PBS39 Reporter Corps TM creates community-focused content for PBS39 News Tonight and for the PBS39 digital platform. For more information, visit PBS39.org.