Faith, Not Fear: Places of Worship Adapt to Coronavirus Impact 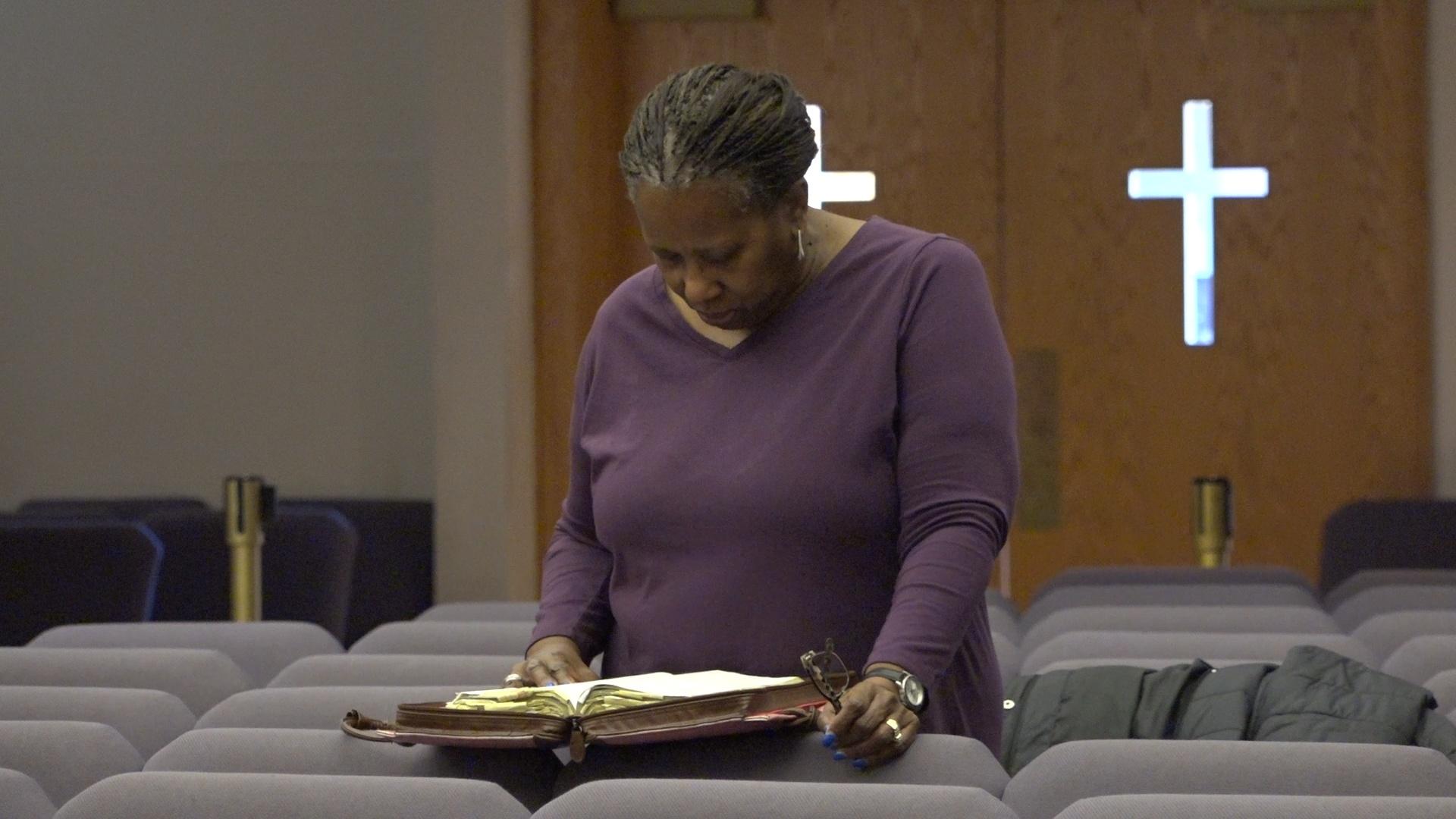 EASTON, Pa. (WLVT) - The sanctuary at Greater Shiloh Church can seat more than a thousand people, but only a couple dozen were there this past Sunday.

The doors to the church were locked from the outside. Greater Shiloh, like many places of worship, decided to cancel in-person services to help prevent the spread of coronavirus, but senior pastor Phillip Davis hasn't stopped preaching.

The church, which has locations in Easton, Bethlehem, Stroudsburg, Florida and Haiti, has been streaming services online for the past two weeks. Davis limited Sunday's attendance in church to the praise and worship team, multimedia team, and some deacons and ministers.

"It was still wonderful to even see their faces," he said, "but you kind of want to go and give them a hug."

Greater Shiloh added online worship to its ministry about three years ago. Davis said reaching people virtually may be the only way right now, but the message is the same, no matter where someone’s listening.

"God has been faithful over all of these eons and generations," he said. "I don't think He's going to stop now, and I just want to encourage people to be able to trust in God and to know that God loves them and has not deserted them in this time."

Davis' sermon on Sunday was titled "Stay in the House," a play on words with two meanings.

"Stay in the house, because God’s in the house," Davis said, "but also be mindful that we don't want to spread this virus at the same time."

Staying at home, however, could hurt churches financially.

"The challenge is, for many churches, that if the giving doesn't happen, and they don't gather, then they may have to close their doors -- and that's very difficult," Davis explained.

The doors are closed at Respect Graduate School in Bethlehem, but that’s on purpose, not because of money. The mosque there is usually full on Fridays, but the organization suspended prayer services until further notice.

"The Islamic faith has [five] daily prayers," explained Beytullah Çolak, the imam (or mosque prayer leader) at Respect. "It's recommended to do [them] in the mosque, so it's affecting highly the religious life of the Lehigh Valley Muslim people, not just in this area, but everywhere, really."

Respect Graduate School is based online, so the organization is taking advantage of that platform to offer classes to educate people about the Islamic faith. They’re geared toward teens and young adults who may question if God exists, especially in a time like this. To learn more about the classes, click HERE.

"As a people of faith, we should first have patience, not react with panic," Çolak said. "God is creator of everything, and the second thing is responsibility. Please stay at [home], and be safe."

Being safe is exactly why Easton's Gurdwara Sikh Sadh Sangat Inc. is closed. The Sikh temple started cancelling formal services last week and closed informal access to the temple over the weekend.

"Congregational prayer is a big part of Sikhism," explained Jasmeet Bansal, a member of the gurdwara. "So is self reflection. I guess everyone will be focusing more on that as well."

Part of this faith tradition is langar, a communal meal for everyone at the temple, no matter what they believe in.

"The concept of langar in the Sikh faith is paramount," Bansal said, "and the beautiful thing that has come out of this is we have a group of volunteers that started out from the youth in our community. They took the initiative to say we want to provide for the elderly and those low-income families who need essentials at this moment."

The local Sikh community is partnering with Philly Sikh Society and international nonprofit Khalsa Aid in this effort, serving five counties in the Greater Lehigh Valley (Northampton, Lehigh, Montgomery, Bucks and Warren). To learn more about the services, click HERE.

"There is a concept of hukam in the Sikh faith. Hukam means acceptance. It is something that we are taught from day one -- that everything that happens is within the will of the Creator: good, bad, ups, downs, highs, lows, they're part of life," Bansal said. "So, this, I guess, is just an extension of hukam, where the entire world is taking a step back. Let's reflect on who we are [and] what we are."